The medieval cultural layers in Macedonia abound in testimonies to the achievements of the mighty Byzantine Empire, which includes jewelry, glazed painted ceramic ware, metal objects and, especially, numerous individual and group finds of gold, silver and bronze coins unearthed on archaeological sites. Byzantine architecture is the architecture of the Byzantine Empire. Republic of Macedonia as a part of this empire during the centuries has a lot of heritage, mostly in a shape of churches and monasteries. These churches are among the most valuable monuments of the middle age architecture around Skopje, the capital of Macedonia, and especially in the historical part of Ohrid, which is comprised on the UNESCO world heritage list. 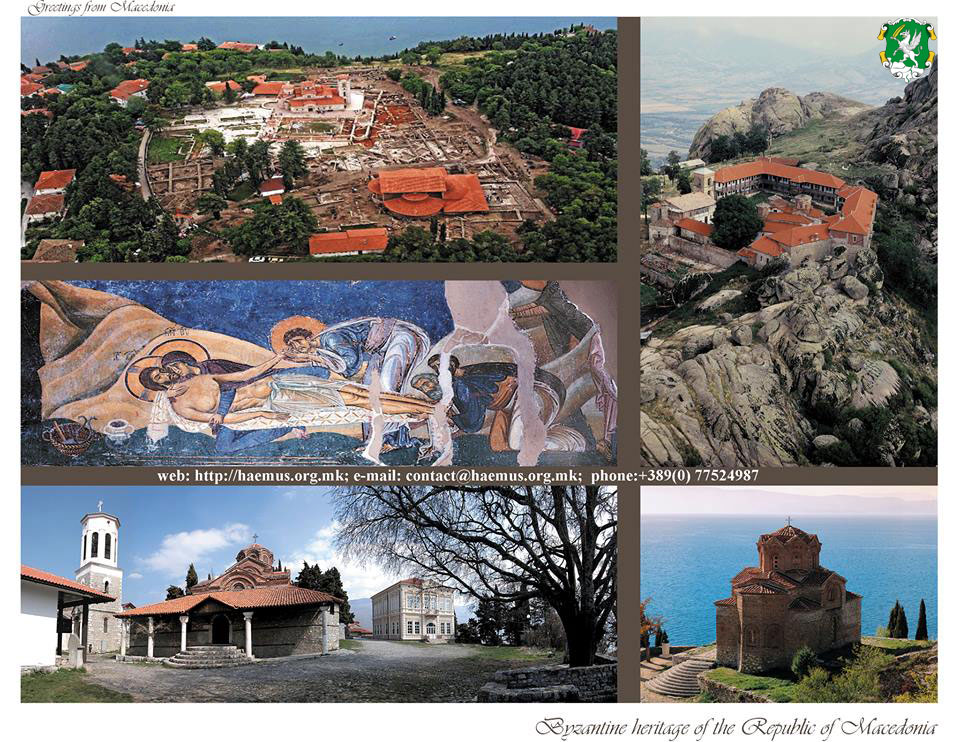 View Byzantine heritage of Skopje region in a larger map

View Byzantine heritage of Ohrid region in a larger map

St. John Bigorski monastery – located in the heart of the National park Mavrovo, originally established around 1020/21, the actual church dedicated to St. John and the fresco paintings originate from the 19th century. The iconostasis represents a masterpiece of woodcarving, performed by the woodcarvers of the neighbor Mijak region (more info).

St. George church (Kurbinovo) – located in the village Kurbinovo, on the slopes of the Mount Pelister near the blue waters of Lake Prespa, the small and charming single-nave church of St. George, dates from 1191. The fresco-painting is from the period of its foundation and represents a true masterpiece of Byzantine painting from the 12th century (more info).

Byzantine heritage in the Republic of Macedonia

We run short, weekend and longer Byzantine tours that enable visitors to relax and enjoy wonderful scenery, sites and monuments. These tours are guided by professional archaeologists, art historians and historians with the qualified tourist licence given by the Ministry of culture of the Republic of Macedonia. We also provide first class information, for anyone with an interest in archaeology, history  ethnology, art history, architecture and art – enthusiasts, students and researchers.